Take a magical trip to visit Santa on the Naperville Riverwalk at the Santa House at Jackson Avenue and Webster Street. Admission is free and photos with Santa may be purchased for a nominal fee.

Halloween is a great time fro Kids and adults of all ages.  Pets can dress up also!  Here are some safety reminders below. 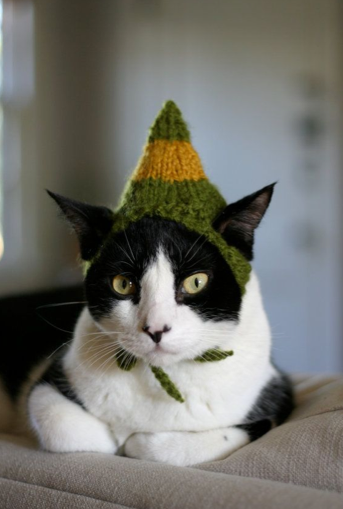 1. Kids should carry a flashlight and have at least one adult with them while trick or treating.

2. Customes should be light colored and reflective tape if possible as it gets darker earlier. Generally time is 4pm to 7:30pm.

3. Kids should stay in your neighborhood or familiar areas and never enter a house.

4. Kids should only trick or treat at homes that are well lit, outside lights on including porch.  Some people do not celebrate Halloween and there lights should be off and their privacy respected.

July 4th in Naperville, the fireworks display will begins at 9:30pm

It is one of the the BEST in the Chicagoland area.
Arrive early on July 4th  at Naperville Ribfest in Knoch Park.
The fireworks are set off across from the park .  Knock  Park is Located on S. West
by Edward Hospital in Naperville

Free public entry time to the park will be 7:30 p.m.  There is also great outside green spaces near the park where many gather to watch.
This is one of the largest fireworks displays in the Chicagoland area, it runs for almost 30 minutes straight.

Fireworks are also simulcast with music and broadcasted on FM 95.9 The River. Rain date is July 7 at 9:30 p.m.

Centennial Beach is open for the season!

Located in the heart of downtown Naperville right off the Riverwalk, you find an amazing pool with sandy beach. Surrounded by acres of grass and trees,   this historic beach is a place the whole family can enjoy. The  water ranging in depths  from zero to 15'.   A slide in the shallow end is perfect for young swimmers.

Centennial Beach caters to swimmers of all skill levels with a variety of activities to do including a swim team for area residents.

The Beach opens early on Saturdays and Sundays for “Adult Float” which is a time where adults can come in with any sort of floating devices (not allowed during regular open swim time) and swim with them.

Adult float is on every Saturday and Sunday from 9am-10:55am throughout the season.

Just in time for the great spring weather.   Hop into action as the Naperville Jaycees host the 30th annual Easter Egg Hunt at 10am, Saturday, March 30th at Frontier Sports Complex in South Naperville.

The egg hunt takes place at 10am Saturday and the eggs go quickly, so parents are encouraged to bring their children early to scope out a spot. Once the egg hunt is over, be on the look-out for the Easter Bunny!! He will be making an appearance at the event. Bring your Camera!

Monday 4:00pm, Tuesday 1:00pm, Wednesday 7:00pm, Thursday and Friday 10:30am This 30-minute program of stories, songs and more is for children of all ages. At least one parent or adult caregiver is required to accompany children to these fun-filled programs.

Take advantage of the Naperville Park District's "On the Go" Pass this summer!

Be On-the-Go this summer! Looking for fun things to do around Naperville with family and friends? The convenient and affordable On-the-Go Pass is the perfect solution, with three attraction options offered for a discounted price! To learn more go to: www.napervilleparks.org

Friday - Sunday, March 8-10: 3 days of fashion, food and fun for ladies of all ages! Plans are underway for a lively, fun-filled weekend of special sales and good times for ladies and their friends! 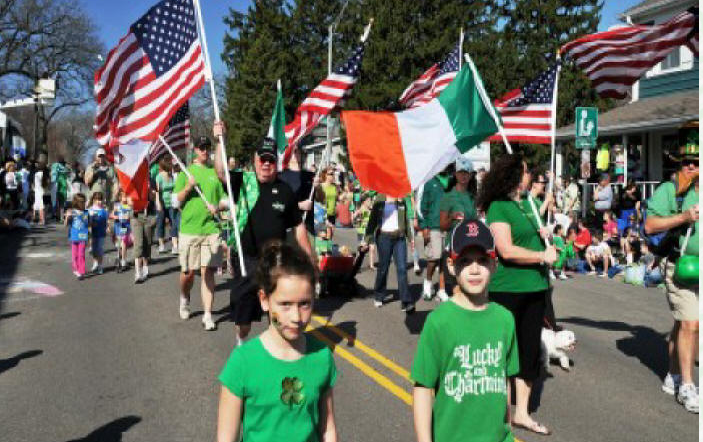 Regular registration for the Parade closes on February 25, 2013. After that, late registrations will be accepted at an additional cost if space is available until March 11th.

The Emerald Dinner will be Saturday, February 23, 2013, at White Eagle Golf Club.


Support the Parade by purchasing a chance to Win a Trip to Ireland! 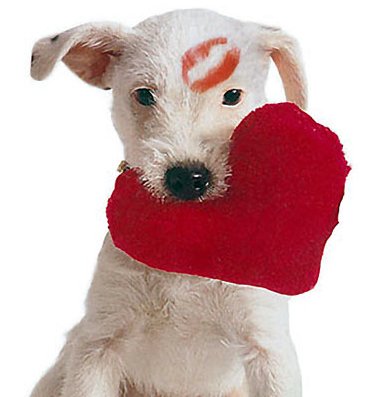 CHECK-IN : 1) Starting at 12:30pm, check in first at Main & Jefferson in front of Two Bostons!.You and your family will receive a schedule of where you can enjoy FREE merriment (indoors) around the downtown (face painters, magicians, jugglers, fortune teller and more). You'll also receive a sheet of clues to participate in our downtown scavenger hunt. 50 randomly selected families with the correct answers will receive a $50 Downtown Naperville gift card.

2)  Explore and enjoy! Merriment, scavenger hunt, free Shutterbox photos, even free trolley rides. You must  Return your form by 4pm (to Main & Jefferson, in front of Two Bostons. Then go have a great local dinner at the many resturants.

3) 6 pm ( another event) Enjoy complimentary hot chocolate at the Riverwalk Eatery (compliments of My Chef Catering, while supplies last) and get ready for the early evening 6PM countdown to ring in the New Year, hosted by  Mayor A. George Pradel and CLTV News Anchor Dolly McCarthy. Note: There will also be a Midnight countdown to Ring in the New Year - at the Carillon as well with music beginning at 11:15 and a grand countdown at Midnight!

Let's welcome 2013 together - Naperville style! See you downtown by day and at the Carillon on Rotary Hill at either 6pm or Midnight! Happy New Year!

Santa House in downtown Naperville gives families a chance to see Santa and to purchase photos with him. Admission to Santa House is free, with the option of purchasing photos for $8 each, or 2 for $15. Special nights at Santa House require advance registration at www.napervilleparks.org.

Where: Along the Riverwalk in downtown Naperville at the corner of Jackson Avenue and Webster Street, opposite Nichols Library.

Come and enjoy the shopping, dining and lights in Naperville.


At this annual event, attendees are invited to enjoy festive floats, lively entertainment, Santa and Mrs. Claus' official arrival and the Grand Illumination when more than 300,000 twinkling lights are turned on simultaneously. There is also celebrating and dancing in the streets at the Electric Parade.

The 2011 Friends of Little Friends Electric Parade began at Centennial Beach and proceeded east on Jackson, north on Webster to Van Buren ending at Naper School.

This event is organized by the Downtown Naperville Alliance. For more information, visit the DNA website. 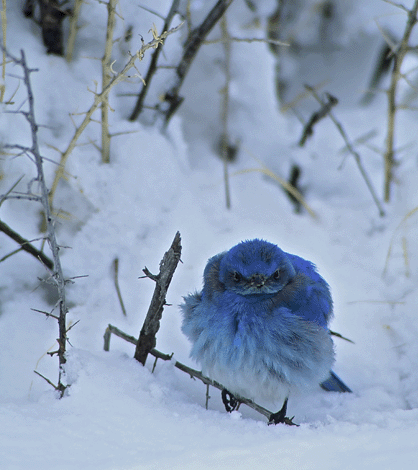 The City of Naperville will offer a holiday tree recycling collection program during the weeks of January 7 and January 14, 2013. Live holiday trees will be collected on each resident’s normal garbage collection day during these weeks. Trees must be free of all ornaments, tinsel, lights, stands and plastic or bagging material.

Oktoberfest is a fundraiser for the Naperville Heritage Society and will feature German food such as traditional bratwurst and apple strudel by My Chef Catering, beer, soft drinks and German wines from Blue Heron Brands. Enjoy a variety of entertainment

Centennial Beach will reopen in May 2013 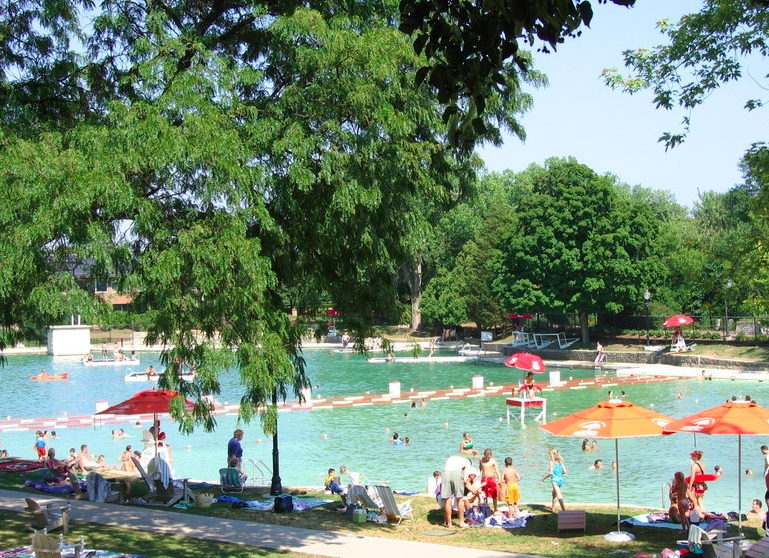 Centennial Beach - is a historic landmark since 1931, with nearly four acres of  property. This old quarry is now a beautiful outdoor pool, with a beach, for the whole family to enjoy. With water depths ranging from zero to 15 feet, a NCAA/U.S.S. approved diving complex, shallow-end slide and more, the facility caters to swimmers of all skill levels.

Over the course of a summer, weather-permitting, Centennial Beach charms more than 155,000 visitors from Memorial Day through Labor Day, who come to enjoy a day of swimming, sunning, picnics, and hanging out with family and friends.

The beach is located  alongside the DuPage River in downtown Naperville. The facility covers almost 6 acres  of land with a full two acres (or 6.2 million gallons of open water from lake Michigan, all tested, re-circulated and chlorinated on site. Among its features is a sand beach next to the shallow end of the pool which of
Centennial Beach Family Fun Day
Closed until Memorial DayKick off a new and exciting season of swimming at the newly renovated facility! Admission will be complimentary all day and plenty of fun activities, prize drawings, entertainment and food specials at The Centennial Grill - the brand-new concessions facility

ACCOLADES: NAMED ONE OF THE 150 GREAT PLACES IN ILLINOIS BY THEAMERICAN INSTITUTE OF ARCHITECTS - 2007 NAMED “BEST PUBLIC PLACE TO SWIM” BY FOX NEWS CHICAGOVIEWERS IN AN ONLINE POLL - 2008 RECIPIENT OF THE JEFF ELLIS & ASSOCIATES, INC. PRESTIGIOUSSILVER INTERNATIONAL AQUATIC SAFETY AWARD - 2009